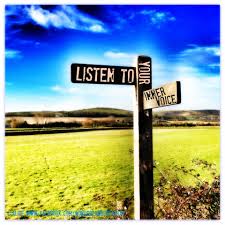 I’m seriously considering “copping out” and just posting a few links to podcasts and videos that I’ve been listening to and watching this past two weeks. I’m not sure how to describe how I’m feeling, exactly, but it kind of feels like a dense energy is around me. It’s heavy and sluggish and still. It makes me want to stay in bed and just watch TV. If I’m less coherent or more repetitive than usual, I apologize. My mind is pretty foggy at the moment.

I think I may have written or talked about a similar episode a few weeks ago because I remember having felt this way more than once recently. Each time, my intuition was to stay close to home and be really kind to myself and, after a few days, I bounced back, clearer and more energetic than ever.

This time is no different except that I’m aware that the timing of it coincides with the new moon in Virgo accompanied by a solar eclipse on Sunday. Perhaps I’m becoming more sensitive to the astrological changes because, not only am I feeling the heaviness of the energy right now, but I’m also very aware of the kinds of occurrences that are happening in my life. It really does feel like I’m reaching the “tipping point” between what I’m able to tolerate and what I have no more patience for.

“Cleaning House” is the term that keeps coming to mind.

Then again, this could all be due to the fact that I’ve stopped drinking coffee :)

I’ve spent a good part of the summer feeling very content to be at home, chilling on my porch, unpacking/purging/reorganizing, cooking, eating, playing board games working on my website and making beds. I had many invitations to go away but didn’t follow through on most of them.

Strangely, I just didn’t feel like I wanted to be anywhere else but home.

Concurrently, what I’ve noticed is that there has been this quiet, inner strength developing within me. At some point this summer, I started saying “enough is enough”.

I stopped allowing myself to be the victim of other people’s agendas. I stopped making excuses and allowances for people who aren’t able to own their part in a conflict or dynamic.

I stopped letting myself become the scapegoat.

Today, I listened to Jennifer Hoffman’s podcast about the difference between disappointment and inconvenience. This concept was very helpful to me in terms of being able to let myself off the hook when another person feels that I have let them down or disappointed them. Until recently, I would have sacrificed my own needs and values just to avoid feeling guilty that I had let another person down. I would try to see things from their perspective and if the person was stubborn enough, persuasive enough (manipulative enough) I would usually end up finding a way to reframe it so that I could line up with their needs or agenda and give them what they wanted. In the short term, it seemed like a win-win, but as I began to realize, this was not a long term solution. In the past, these cases were mostly about me keeping my mouth shut just to keep the peace but, because it was unresolved for me, my resentment would be building under the surface. Over time, I would begin to withdraw or become passive aggressively avoidant and their feelings of disappointment would become a self-fulfilling prophecy.

More recently though, I’ve been much more self aware, so if I decided to line up with another person’s needs without feeling fully validated that my own needs were being met, I told myself it was because I felt the relationship was worth the investment. To do this, I thought, I simply had to find the resolution within myself so we could move forward without me harboring any resentment.

Unfortunately, I was kidding myself.

As much as I thought I had learned, I was still prioritizing another person’s needs over my own…. and it backfired again.

The bottom line is… no matter how you package it…

If you start making another’s needs more important than your own, it ends up becoming an expectation.

After listening to Jennifer’s podcast it makes sense that, when we are in healthy, energetically balanced relationships, we can follow our hearts and meet our own needs even if it isn’t what the other person wants or needs. In those relationships, the other person may feel genuinely disappointed that you can’t meet their needs but that disappointment is short lived. Ultimately, as much as they would like for you to fulfill their need, they realize that it’s not your responsibility and so the two of you can come to an understanding about it and move on.

When the same scenario happens in unhealthy, unbalanced relationships, the other person is more concerned about their own agenda than they are about you being authentic, honest, following your heart having healthy boundaries and meeting your own needs. In this scenario, your needs become more of an inconvenience to them because they are the obstacle that is preventing them from getting what they want.  You and your needs become the problem and you are labelled as selfish. There is no compassion and no moving on… unless you cave.

Until very recently, I have set myself up to disappoint people and become the scapegoat because I haven’t had the courage to set healthy boundaries about what I’m willing to do in order to “save” a relationship.

But, like I said… lately there is a quiet, inner strength  developing within me that I can only attribute to Self-Love.

For a while now, I have come to notice that I’ve become a lot more skeptical than I’ve ever been. I no longer see people or things through the rose-coloured lenses that I used to. It worried me, at first, because I really value the part of me that is idealistic and trusting and I wondered if I am becoming hardened in some way. But, after giving it careful consideration, I actually think it’s the opposite.

I think the more I “wake up” to the dark places of this world, the more I am able to navigate it wisely. I have allowed the wool to be pulled over my eyes for way too long because I didn’t really want to confront things that made me feel uncomfortable. Now, I understand that the work I’ve been doing on Authenticity, Vulnerability & Courage has helped me learn how to face the darkness and illuminate it in order to allow that quiet, inner strength to develop inside me.

Lately, one area I’ve been exploring is commonly described as “conspiracy theories”, although I really think that genre has been given a bad reputation. There is so much information out there from so many sources and many of them are convincing and credible. On the other hand, there are many opinions and conflicting views from people who disagree with the conclusions of conspiracy theorists and wish to debunk them. In one minute, I’m feeling aligned with a certain idea and in the next, I’m hearing another convincing argument against it.

I keep asking myself “What do I believe?”

All my life, my philosophy has been that everyone deserves to be heard and to be given the benefit of the doubt. I still believe that, but I’ve taken it to the next step.

To me, being skeptical means practicing discernment. I can take in all the information and agree that it’s valid, based on the perspective of it’s source, but if it gets to a point where I’m being asked to decide on what I feel is right for me, the only place to find that answer is within me.

So whether it’s standing up for yourself in a relationship or deciding what to do in the event of a New World Order, the answer is the same…

The only voice you should be listening to is your own.

Just after I wrote this, but before I went to post it, I read the Mystic Mamma post regarding this New Moon/Eclipse. It’s pretty freaky in terms of how similar the themes are. Read it and tell me what you think.