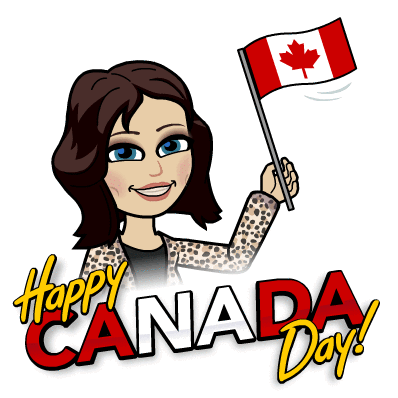 I’m back at Rooster… on a Friday… WRITING!

I almost can’t believe that I’ve taken such a long hiatus from posting to my blog.

As you may recall, earlier this year I made a declaration that I was writing a book. I was making good progress on the outline, researching/developing content, etc… and in March, I went to Puerto Vallarta on a personal writing retreat. I believe I posted an excerpt from that session, which went great… however, since then, my life seems to have taken a major detour… and I’ve barely written a word :)

As I sit here now, it feels as if the past several months have been leading up to this time. A time when I have (almost) finished releasing a WHOLE bunch of stuff that has been weighing me down for years… decades… perhaps most of my life.

When I first began writing my book, the idea was for it to be a kind of “Self-Love Owners Manual”. I felt pretty confident that I had learned enough along my Self-Love journey to be able to create such a “manual”… something that others could benefit from. I was further encouraged by the fact that the idea of a Self-Love owner’s manual was quite popular among the people I polled on the subject (although not everyone thought it should be called a manual).

However, as I began to write about the principles and practices of Self-Love, the process was causing me to “reckon” with some unfinished business I needed to deal with. I was becoming more aware of some familiar obstacles I always seemed to come up against and realized that they were part of my “embedded reality”… a belief system and a part of my personal narrative or “story” which, ultimately, needed to be edited and re-written.  In order to remove those obstacles and create a clearer path for myself, I’d have to “rumble” with some old truths and decide if they had any business or useful purpose in my life, going forward.

Side note: I often forget that my theme phrase for 2016 is “Happily Ever After” but, every once in a while, when I’m reminded of it, I’m pretty amazed at how the God/universe has lined things up and given me the opportunity to summon up even more courage and work through and accomplish some major stuff this year… and it’s only July 1st!

I’m using the words “story” “reckon” and “rumble” because this process relates strongly to Brené Brown’s latest book “Rising Strong: The Reckoning; The Rumble; The Revolution”. Where her previous book, “Daring Greatly” talks about Vulnerability, Authenticity and Courage, in “Rising Strong” Dr. Brown tells us: “If we are brave enough often enough, we will fall. This is the story of what it takes to get back up.”

I suppose it’s no coincidence that I decided to read Rising Strong again in preparation for writing my book. I have always said that The Daring Way™ workshop/training was one of the major catalysts that started me on my Self-Love Journey in 2013 and the Rising Strong process, which Brené describes in her book (based on decades of grounded theory research), is exactly the “Self-Love” process that I came upon naturally, through my personal experiences and my own research, over the past 3 years.

What this tells me is that Brené’s research is BANG ON and can be trusted to apply to everyone. In grounded theory research, there are no outliers. This means that, of the thousands of research participants interviewed, everyone’s experience is counted and included in order to form the theories presented. If they come up with a theory and one person does not “fit” the theory, they go back to the drawing board, review the data and come up with a new theory in which every participant’s experience matches to some degree or another.

Knowing that Dr. Brown’s research is relatable to everyone is important to me because a significant purpose of my journey is about seeking universal truths which will help me and those around me. These truths can be useful to help “cut through the bullshit” (fears, self-talk, criticisms, judgements, beliefs, etc..), release what no longer serves us, discover and line up with our values and create a clear, illuminated path forward.

Creating a Self-Love Owner’s Manual is a very profound, personal experience and it’s unique to each individual who finds themselves on a Self-Love Journey. It’s also something that is a continuous “work-in-progress”, which makes it challenging for me to figure out what to write, how much to write and how to find a balance between living my Self-Love Journey vs writing about it.

Deciding on how to prioritize these two things became an issue on my recent trip to Greece. I had scheduled a full week there on my own, before my friends arrived, to get some good writing time in. However, once I got there and attempted to write, I quickly realized that I had to choose between writing about Self-Love and being fully present to these new experiences which were full of opportunities to actually practice it. To make the decision easier, I suppose, my body helped by manifesting a stomach upset which forced me to just relax and connect with the people I was meeting. I was vulnerable on so many levels… female traveler… alone… strange country… different language/alphabet/currency… reliant on strangers… but I leaned into it and let this little village by the sea, and the lovely people in it, open my heart.

Every time I travel, it’s such an incredible gift I give to my soul… and yet, I still struggle with it. I’m always trying to “justify” giving myself permission to go.

I have to give it a “working” purpose.

It’s to enough that I just need a holiday.

Or deserve a holiday.

That would be WAY too self indulgent.

That’s what my Gremlins say, anyway…

But FUCK the Gremlins!

And fuck all of the people (aka “assholes”) whose judgements and controlling/shaming/manipulative/small-minded/fear-based criticisms created those Gremlins in the first place!

I’m so SOOOO done with it.

I’m done with a lot of things, actually.

Which brings me back to where I find myself today.

When I was in Mexico, I decided to sell StudioBe. I had been sort of toying with it for a couple of months but for some reason, just before I left for that trip, I put some ideas in motion which gained momentum while I was away. By the time I got back, the decision was made and, within a couple of weeks, StudioBe was sold.

Looking back over the past few months, as I prepared for the sale of StudioBe and to create space to move my office into my home, I’m actually astonished by how much of my past life has had to be excavated in the process. Both literally and figuratively, there isn’t an area of my life that hasn’t been affected.

Over the past 9 years, I’ve moved homes 4 times and offices 5 times and each time it has involved a major purge. But even with everything I’ve got rid of over that time, I’m still carrying around SO MUCH SHIT… moving it from one place to the other but never really looking at it… hanging on to it because I thought it was still important or I might need it… trying to make space for it… even acquiring more space to try to accommodate it… and never realizing how SUFFOCATING it had all become.

Well, I did realize it but I thought I was doing a good job of managing it. I had good intentions and I had a plan but I never seemed to find quite enough enough time to actually follow through completely.

And why didn’t I have enough time?

Because I had so many JOBS.

But it’s not so much the fact that I had too many jobs, per se… It was that I took on some jobs for the wrong reasons (to feel relevant, legitimate, worthy)… AND I was impulsive.

I don’t regret ANY of it.

I’m not being hard on myself because I know that I ABSOLUTELY had to experience all of it in order to learn more about myself.

And now I have hindsight… which we all know is 20/20… and with that hindsight comes the opportunity to “Reckon” with my story and to “Rumble” with my choices and why I made them.

But without them, I wouldn’t have the clarity I have now.

And now, it feels like the “Revolution” is right around the corner…

In a lot of ways, I’m tougher.

At least, in comparison to a few years ago.

I’m not as concerned with saying/doing the right thing… that is, I’m more concerned with being authentic regarding my feelings, needs and preferences and how to express them and prioritize them appropriately (hence, the title of this post – it accurately reflects how I feel).

What I mean is… I’m not looking for approval anymore.

It’s still part of the fabric of who I am and, every once in a while, a loose thread will become visible, but… Mostly, when I’m present and practicing Self-Love I’m OVER IT.

Yes, I still have Gremlins but only a few of them actually get my attention anymore.

On the writing front, I’ve learned that I have to write in familiar places where I have privacy and comfort. That’s why PV worked because I’ve been there so many times that  I’m familiar with the set up and I didn’t think I was missing anything if I spent 5 hours a day writing.

I’ve also learned that I need to give myself permission not to write.

So what if I don’t write a book?

I just want to enjoy my life and if a book comes out of that, so be it.

Now that the sale of StudioBe has closed and my basement renovation is almost complete, I look forward to a simpler, more balanced life which includes meaningful work, creativity, social interaction, romance and adventure.

God knows, I’m likely to stay super busy and contradict everything I’ve just written about but, hey… that’s me :)

I MAKE NO PROMISES