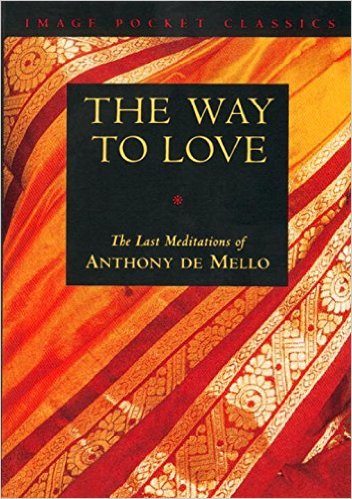 Today, I want to write about a couple of things regarding the dating experiences my friends and I are having and I’m not sure yet if they each require their own separate post or not. Apparently, last week’s post “Online Dating and The Importance Of Being All In” didn’t get sent out so perhaps you might want to read that before any of the newer dating posts. The reason I suggest this is that I am trying to write them in some sort of order so you can follow along in the process, either vicariously or as a (hopefully useful) guide for your own dating journey.

The other thing I want to write about is how magical my life has felt over the past few months. Things have been pretty great, overall, from about the time I moved to my dream home in March but I’ve still had some emotional ups and downs… doubts… struggles with a scarcity mindset, etc.

Sometime over the summer, however, I started my morning practice of setting my intentions for the day.

It began when I saw a bracelet made from riverstone which, according to the artisan who created it,  symbolizes the self love journey.

Of course, I HAD to have it!

She told me that it is possible to set your intentions with the bracelet (or any other stones or crystals) and it will support and magnify the energy of the intention. Amazingly, I had never heard that before so… I decided to give it a try.

From that day forward, I have started every morning with a series of intentions in the form of “I Am” affirmations while I hold my 3 bracelets. I preview my day, decide how I want to show up in each circumstance (or, in general) and I chose the statement which supports that desire. Two of my favourites, which I use every morning are:

It’s been going remarkably well. I noticed a significant improvement in how my days unfolded and how I was able to manage whatever came up. For this reason, I’ve become quite committed to the practice. I can’t imagine not doing it… it’s that powerful.

Then, sometime in August, the idea of becoming ordained came on the table and, as I wrote about in “Awe-some Days”, I began to consider my spiritual beliefs and what I felt truly aligned with. I decided that it might be time to open my heart even further and, possibly, expand my beliefs.

At that point, my daily intentions began to include prayers.

This wasn’t something I had ever really done before, as a practice. I mean, I’ve had moments of speaking to God, for whatever reason, in whatever moment, based on whatever context but I never “decided” to experiment with speaking to God directly on a consistent basis. I even shied away from calling God “God” because I didn’t want to “commit” to anything that sounded too religiously exclusive.

However, when I became ordained as a Christian minister, I just wanted to see what would happen if I addressed God directly, as I imagined any other member of the clergy would do. Even though I did not approach my ordination in a traditional sense by getting a degree in divinity and having training in the church, I still felt that I was brought to this path for a reason and I wanted to be sure I was honoring it as much as possible.

I began to talk to God.

And here’s what I noticed…

Instead of asking for things which I wanted to manifest each coming day, rather, I felt compelled to offer thanks for the gifts of the previous day. Because I had already been practicing my intention setting for a while, I knew it worked and, therefore, there was no need to “ask God” for anything. It was already coming to me as long as I took the time to set the stage and line up with it. When I talked to God it became more about giving thanks for how miraculous an experience I was having. In fact, I was (am) so incredibly grateful that one of the main things I ask for now is “how can I serve?”

As the days and weeks have passed, I often find myself beginning my days (literally) weeping with gratitude.

Even now, as I write this, I’m feeling a welling up in my heart. At first, it felt like sadness… as if I had to cry… but I realized that, when I let it come up, it was more gratitude. I began thinking about the past few hours and the everyday, simple, yet profound connections I’ve had with my various friends since this morning and I feel so blessed that it’s almost overwhelming.

There is so much to celebrate.

So much to enjoy.

That’s not to say that I’m not struggling with things, here and there. For instance, the dating arena certainly does put us in situations that can cause us to feel extremely vulnerable and out of control. It’s not just about going out of your comfort zone and meeting new people either. It’s equally challenging (if not more so) when you finally meet someone you want to spend more time with.

Which brings me to another insight I’ve been working with…

Someone I met recently told me about a little book by a man named Anthony De Mello called “The Way To Love”. I had never heard of it before but I became very intrigued, based on our discussion of it. When I did a little digging, I discovered that Mr. De Mello was an Indian Jesuit priest who later became a psychotherapist. He taught and wrote many books on spirituality and was best known for his “unconventional” approach to the priesthood. At first, he was quite closed off to learning about any religions other then Christianity and some said that his Catholic Christian theological conditioning was blocking his spiritual progress. Later, however, he opened his heart and mind to vipassana meditational practice which was a major turning point for him. After seriously practicing vipassana and thus exposing himself to Buddhist spirituality, he dared to confront the theology which he had learnt in theological school with, what now seems to be, the vital existential questions for our time. In this regard, Mr. De Mello was a bit of a maverick and went on to transform the way he conducted the Jesuit practice of the 30 day silent retreat by including group psychotherapy practices with great success. Unfortunately, his approach became quite controversial and the Vatican eventually censured him and his works.

As you can imagine, I feel that I can totally relate to Mr. De Mello’s journey, except on the flip side. As a psychotherapist, I, too, feel that my approach, which incorporates spirituality and cultivating a deep, personal connection  with my clients, is pretty unconventional. Similarly, I started out with one identity (spiritual psychotherapist) and was fairly resistant to embracing another faith (Christianity) as a spiritual path. Now that I have opened my heart and mind to it and have become a minister (even if it began as a way to perform weddings, primarily) I feel that it has lead me to something much deeper, in terms of bringing greater meaning and purpose to my life.

Here’s how I’ve woven this all into the challenges of dating, among other things:

In “The Way To Love”, Mr. De Mello talks about how our illusions, false (limiting) beliefs and conditioning are what are responsible for our sense of unhappiness. He says that happiness is a state that is always present and that it is our illusion/conditioning that we “need” something or someone in order to be happy which causes us to feel misaligned with our happiness. So, with dating or new relationships, for instance, when you begin to feel less happy when that person isn’t around or if you feel that they may not like you as much as you like them, that’s a pretty vulnerable place to be in. You courageously put yourself out there and you try do do all the “right” things and yet there is so much uncertainty. So much second-guessing. So much (seemingly) at stake. All of these feelings, which are based on false beliefs and illusions and attachments are what takes us out of alignment with our natural state, which is happiness.

It’s always there, radiating and nourishing us. However, when there are clouds in the sky or when we are in darkness, as our place on the earth turns away from the sun, we stop “feeling” it’s warmth and it’s light. The sun has not gone anywhere… and neither does happiness. Just as we can close our eyes and use our imagination to experience the sun, even when it’s not visible, so, too, can we access happiness.

And this, my friends, is the miraculous truth which I have stumbled upon over the past few months.

It’s no longer just a belief for me, it is an inarguable truth.

The next time you are feeling unhappy, remind yourself that it is only because you are attached to something that you “believe” is necessary for you to be happy. But it’s not true. Your happiness is constant. You just need to access it.

Do that by thinking of all your blessings and things you are grateful for, no matter how small. If you commit to this practice with your whole heart, you will begin to feel differently and your experience of each day will begin to improve.

The Paradox of Tracy 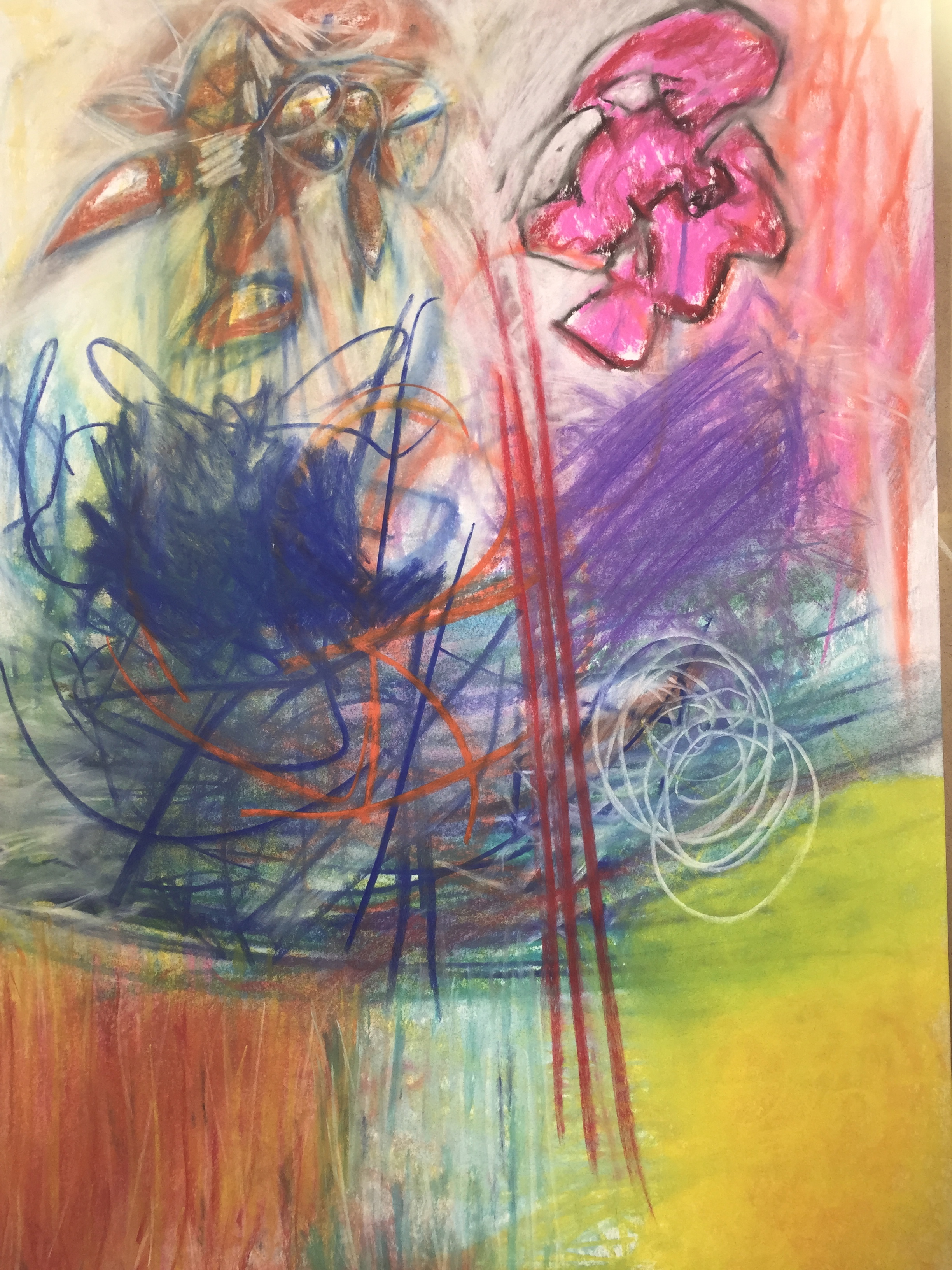 Stay in the Canoe and Paddle: Advice for Couples from Harville Hendrix, PH.D