Skip to Content
Home / Blog / Process of Illumination / The “Do-Over” 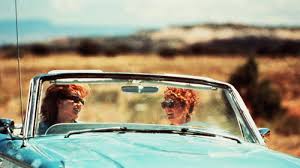 Today is “Black Friday” and I’m sitting in the sunshine on the back deck of my friend’s porch, overlooking the Allegheny Mountains in Holidaysburg, Pennsylvania. This place has to be (I’ve come the believe) one of he most idyllic places on the planet.  I’ve affectionately renamed it “Whoville” because it reminds me so much of the atmosphere and the community depicted in one of my favorite movies, “How The Grinch Stole Christmas”. This place is almost too good to be true… so peaceful and quaint with green stunning vistas all around. And it isn’t just the scenery. The people I’ve met here are the “real deal”… a warm and welcoming community who truly care for and support one another and who come together to celebrate in a way that is truly inspiring.

As many of you know, road trips are one of my all-time favorite things, so when my Holidaysburg friend invited me to join her family for Thanksgiving this year, I was super excited because, not only would this be my first experience of an American Thanksgiving celebration but I would also have a chance to drive to a place I had never been before. The itinerary for these 4 days has been “picture perfect”, including unseasonably warm weather and sunshine.

Wednesday afternoon: Arrived around 2:30. Sat out on back deck in the sunshine with the gang and proceeded to pass out in a chair. They just covered me up with a blanket while the conversation continued. (It was bliss)

Thursday afternoon: Drinks and more naps on the back deck; Thanksgiving dinner preparation.

This evening: Tree Lighting Ceremony and Soup Sampling in the town square followed by another traditional neighbourhood party.

Tomorrow morning: Head to the tree farm to cut down the Christmas Tree; sleigh ride

It’s almost hard to believe that this place is for real.

The Thanksgiving invitation was also extended to my boys but none of my them really enjoy road trips, so I asked one of my besties from Toronto to join me. I knew she would really appreciate the opportunity to meet new people and share this amazing experience and I was sure that she and my Holidaysburg friend would hit it off (boy, was I right).

So, this past Wednesday, off we went, on our little adventure.

For reasons which I will leave you to fill in with your imagination, I ended up not going to bed the night before we were supposed to leave. When we embarked from my house at 6:30 am for a seven hour drive, I had not slept in 24 hours. Amazingly, I managed to drive about half way before I asked my friend to take over. It was a gorgeous drive but pretty surreal, at times, because I was so dazed and punchy. Most of the time, however, I felt as if I was just waking up from a demerol sleep, so I was feeling pretty good :) Along the way, we chatted a bit and then, when I became unable to form coherent sentences, we switched to music. At first, my friend could not quite figure out how to select songs from my apple music app so we started off with about 20 rounds of “I Want It That Way” by the Backstreet Boys playing at full blast while we both sang our hearts out.

It was a Thelma & Louise moment.

I didn’t share this with my friend at the time, but as we were driving and singing and feeling the freedom of the open road, I suddenly felt a rush of emotion. Here I was, with one of my favorite people, having a pretty cool experience, feeling and acting like teenagers…

And then it hit me.

Since I’ve been learning about Self-Love and how to live my life authentically, I am making the most of the opportunities I’m being given to show up differently in my life. Instead of doing things the way I’ve always done them or saying “no” (because of fear or conditioning) I’m asking myself what would feel more like “me” and then finding the courage to follow through and say “yes”.

As a result, I’m experiencing a renaissance, of sorts.

So, as we rode along in the sunshine, I began to realize that the life I’m living lately is more like that of a teenager than it is of a 53 year old single mom with a business to run and bills to pay. Instead of winding down and getting ready for retirement, my life feels like it’s just getting started.  I’m doing things I’ve always wanted to do. I’m exploring the edges of my new found freedom. I come and go when I want, with whomever I want. I’m  shaking things up and taking new risks and, most of all… I’m having FUN!

I’ve often said that I didn’t really have much of a childhood because I had to grow up really fast, take care of the household and be responsible. There were lots of things that my friends experienced that I missed out on such as traveling to Europe, going away to university, pursuing artistic dreams and having multiple romances. Instead (because of my unstable childhood circumstances), I was programmed to find security. I focused on earning a living, getting married and having kids as soon as possible.

However, thanks to what I’ve learned on my Self-Love journey, I realize that the security I have always sought is within me and always has been. I’m grateful that I’m now giving myself permission to pick up where I left off, over 40 years ago.

So, if I’m pulling all-nighters, feeling and acting like a schoolgirl, at times, being spontaneous (and maybe even a little irresponsible) I refuse to have any guilt or embarrassment about it. I have earned this and it’s been a long time coming.

So, on this (extra) Thanksgiving holiday I want to make a grateful toast:

Here’s to being young at heart… to possibility… to adventures… to joy… to art… to romance… to laughter… to connection… and to freedom!

Time to get ready for tree lighting and soup sampling while the Whos down in Whoville gather round the tree and sing “Fahoo Fores” :)