Well, I’m back, folks and it seems that my cliffhangers have really got everyone eager for the next installment :) Thank you for all your wonderful feedback. You guys inspire me to keep writing, that’s for sure! 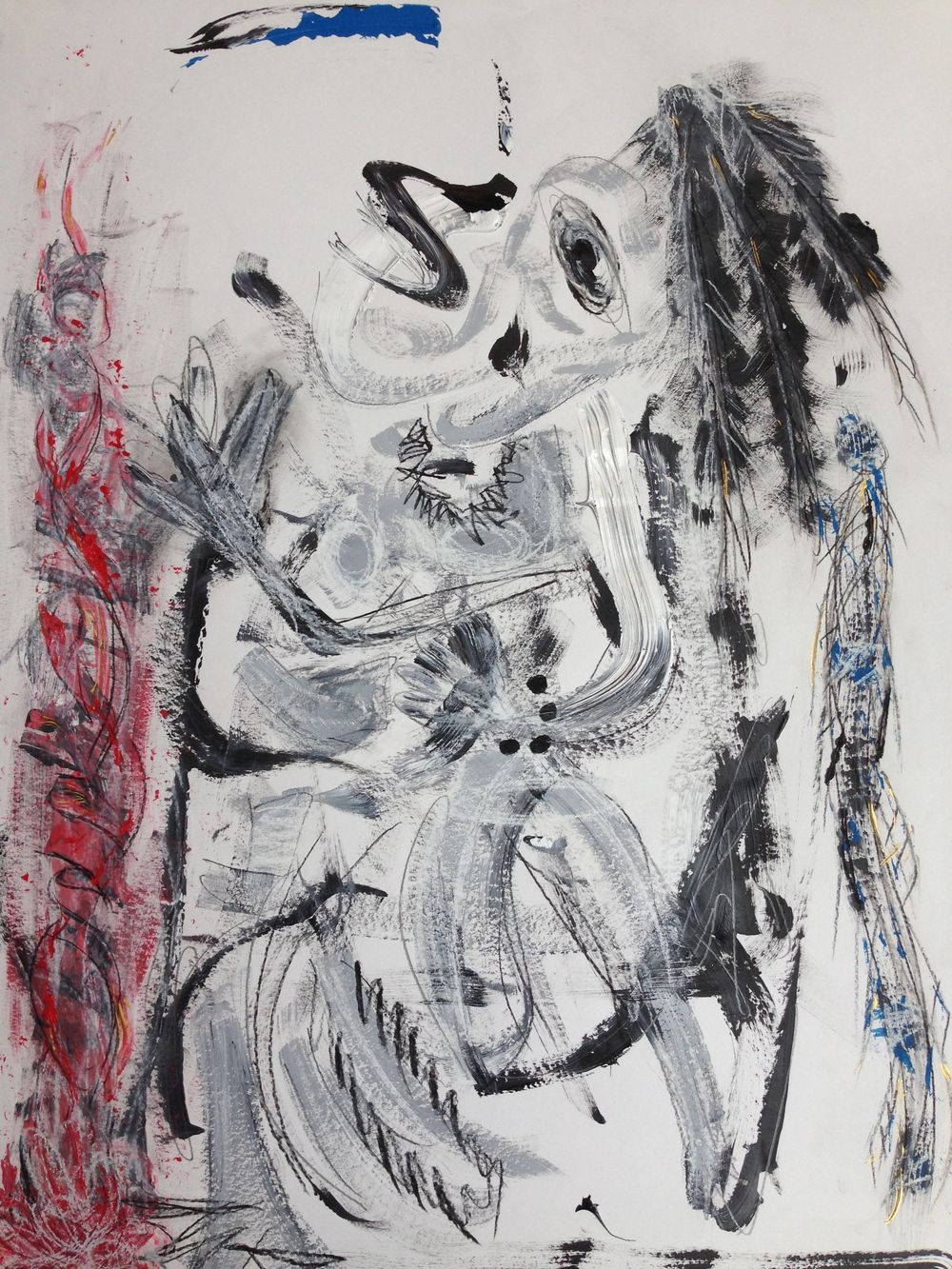 One of today’s paintings

Before I continue the story I’d like to talk a little bit about what a great week I’ve had. The weather has been amazing which means I’ve been outside most of the time, either on my deck, driving with the top down, exploring outdoor venues or venturing out into nature. I’ve spent my time doing things I really wanted to do and I’ve had a few adventures and met some cool new people along the way. I’m thoroughly enjoying being in my feminine energy and embracing my romantic freedom.

I truly believe that writing about what happened in 2007 has allowed me to get a much clearer perspective of what is happening in my life at present. Recalling those events has not been easy for me but it has helped me to see that the guilt and shame I have carried since that time is not serving me. In fact, it never has.

Looking back on how I navigated through the events at the time, I remember feeling guided to follow my heart and my intuition… and so I did. Unfortunately, what I discovered was that I was not living authentically. The stable life that I thought I had built was actually a house of cards.

It was particularly interesting this week because I had a few conversations with various people who knew me back then. Each of them shared what they saw happening around that time and, on the outside, it looked as if I had a very supportive family and friends who were all pitching in and helping, especially during the Flowerchild Festival. That day was all a blur to me, as was everything that happened afterward, but I was reminded of how my husband and his family were all there helping to make the Flowerchild Festival a success. Of course, I did know that and even though I may have forgotten the details, I have always appreciated everyone’s help immensely. And that is what made it so much harder to follow the whisperings of my heart. There were so many obvious reasons to believe that I had a really good life and I should be grateful for what I had and yet, I was suddenly questioning all of it.

So, let’s return to the events leading up to the reunion:

As I mentioned, the choir had been meeting for regular rehearsals and there was a group of us who began socializing in the weeks leading up to the reunion gala. In many ways this was a hypnotic time for me because I was going through so much emotional and physical turmoil in my “regular” life and the experience of attending the choir rehearsals and reconnecting with people from my high school era brought back so many feelings and memories which I had not expected. It felt like the girl I had been then, whom I had disowned so long ago, was reawakening… and I was suddenly realizing how much I had missed her.

Even now, as I write this, I am becoming emotional. My childhood and high school years  were filled with so much chaos, violence and shame that it overshadowed everything else at the time. I could not wait to leave it all behind and create a “new me” and a new, stable life. It wasn’t until I was back with the old crowd again that I realized how successful I had actually been at creating those things, but to what end? Up until then, my new life had felt so “right” and “better” and “successful” but now, in one fell swoop, it suddenly felt like I had been betraying myself for over 20 years.

What brought it all home was a comment from one of my high school friends some weeks after we had been hanging out together. When we first reconnected at choir, I suppose the “new me” was a bit of surprise to him because I now seemed so “spiritual” and “compassionate” and “wise”, which (I guess) was a lot different from what I was like in high school. He enjoyed teasing me about it until one day I made an honest but, shall we say, “unfiltered” observation about someone’s appearance. Just as the remark escaped my lips, he slapped me on the shoulder and gleefully quipped “Now THAT’S the Tracy I remember!”

All at once, it hit me. Over the years, I had created a facade. I wasn’t really all that different from the girl I was in high school but there was a part of me that I had gradually chosen to keep hidden, under certain circumstances because I must have believed it was a contradiction to the person I wanted to be. Even worse, I must have believed that this part of me was not good enough or acceptable for the new “spiritual” persona I had become. It was a part of the old me that I had been trying to grow out of and I suppose I felt that the contradictory parts of me could not co-exist.

Don’t get me wrong. It’s not that I think I should be walking around being blatantly unkind… not at all. All I’m saying is that, in that moment, I realized that there were parts of myself I wasn’t owning and that felt horribly inauthentic. What’s more, if I could not feel safe enough to show my less desirable “parts” in certain situations or with certain people, it’s no wonder I didn’t feel safe. How could I really be safe if I wasn’t being real? How could people have my back when I wasn’t even showing them who I really am or what I really need? It was a huge revelation.

But there was also another very important revelation I was having and it was about the men. The men I knew from high school were different from the ones I knew in my current life. The men I knew from high school were so real and interesting and uniquely different from one another. They were artistic. They were talented. They were philosophical. They cared about people and things that really matter. They made me laugh. They thought outside the box. But, most of all, they were not afraid to have the kinds of conversations that really connect people.  They weren’t hiding. They were courageous.

By now, I’m sure you can guess where this story is going. It’s not unique. In fact, it’s pretty cliché. A high school reunion… interesting men… and among them was one who I remembered better than any of the others, not because I knew him better (we barely knew each other in high school)  but because my soul recognized him. I didn’t see it coming. I would never have imagined it could have even been possible, but there I was… dangerously close to a line that I swore I would never cross. 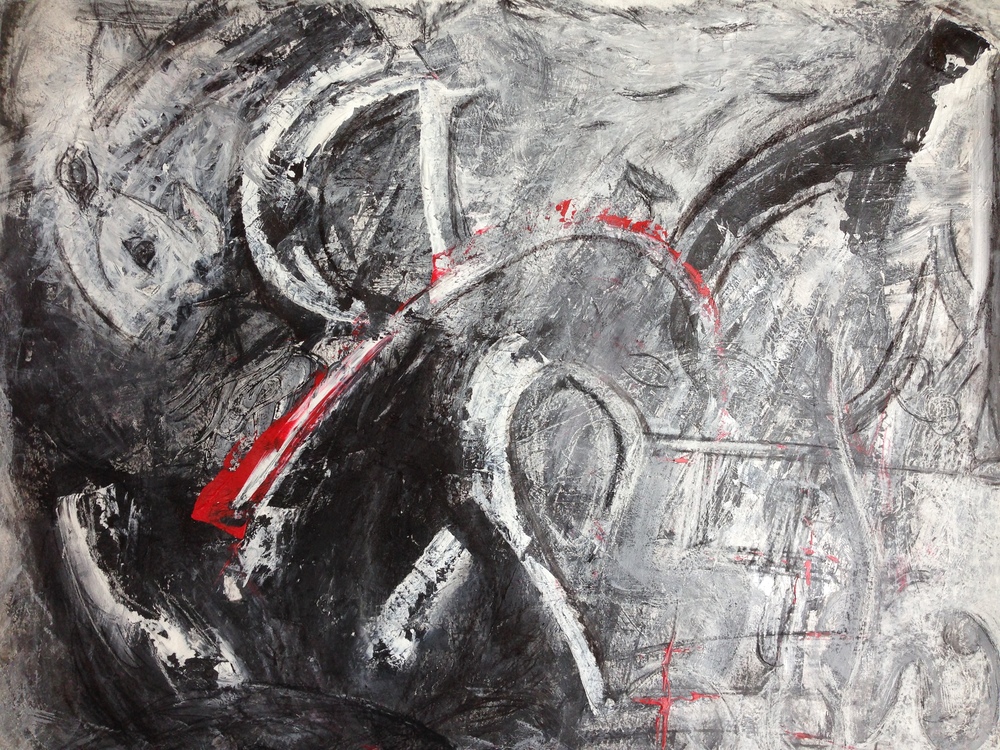