Today, my youngest son came home from camp. I was so happy to see him and I realized that, for the first hour after I picked him up at the bus, I had been smiling so broadly that my cheeks began to hurt.

Since my eldest son (who is now 24) was 7 or 8 years old I have sent at least one of my kids to camp every year. They always loved it and I was happy that they were having the time of their lives. The added bonus was that I was able to take my “mom hat” off  for a few weeks and have a bit of a break. It was a win-win.

Because I’m more of an “Island” personality, I was never the kind of mom that cried as the buses were leaving or was preoccupied with feelings of longing while they were gone. I was happy that they were happy and I enjoyed the small breaks from routine.

When their dad and I split up and we were moving to different homes, my time with my kids was going to be reduced to 60% and I wasn’t sure how I would handle it. I had always been the one who was responsible for organizing their routine, their programs, their play dates and their doctor’s appointments. I shopped for them, negotiated on their behalf and drove them where they needed to be. I woke them up in the morning and tucked them in at night, 7 days a week and 52 weeks a year for 20 years. Part of me was looking forward to doing less, in general, but being a mom was my whole identity. How in the world was I going to adapt to not having them 40% of the time?

That transition was hard but, thankfully, by the time my former husband and I moved to separate homes (it was 2 years between officially separating and moving), I had a soft place to fall. I was in a new relationship with someone whom I loved and trusted and our time together was adventurous, loving and safe, albeit limited. Being with him was a blessing and, I realize now, it helped to make the time away from my kids much easier. He knew that my kids were my priority and wouldn’t have expected it to be any other way. He was with me through all the drama of my divorce and the growing pains and difficulties that my kids went through, as a result. There were more times that I can count where I second-guessed myself, my choices, my parenting… but he always comforted me by simply saying “You’re the Mom, and you’re a great one. Nothing can ever change that.” I don’t know if he ever really knew how much those words helped me, but they did. They were simple and true and they put me back on track. Whenever I was doubting myself, he always had a way of reminding me of who I really was.

So, here’s the thing:

I haven’t talked about this much yet because I think I’ve been in a bit of denial about it but, at the start of the school year, my youngest son, who is 14, will be living with his dad most of the time. This is happening because all of my son’s friends live in Thornhill and he really wants to be near them. His dad is even moving to a new house in the district so my son can attend the same high school as his friends. This is all really good news for my son. It is definitely the right choice and I am so happy for him and that his dad found a perfect house in a perfect neighbourhood where his friends are all within a few minutes walk from one another. I’ve been really supportive of this decision and, even though I know it will be hard for both my son and I to have much less time together, I’ve just been telling myself that everything is as it should be and that things will all work out for the best.

Until today, that is.

After I picked up my son from the camp buses and we hung out together for a bit, he asked to be dropped off at a friend’s. I drove him up to Thornhill and, as it happens, this friend lives a few blocks from the new house my son and his dad will be moving to in a couple of weeks. Neither my son, nor I, had seen the place so we decided to drive by. It’s a nice, big house on a great street and there are lots of parks, forests and a community centre nearby. After we saw the house, we drove to my son’s friend’s house where several of his other friends were gathered outside on the driveway. My son got out, we said a quick goodbye and I drove off.

At first, I had an overwhelming sense of happiness for my son and gratitude that his dad was able to find a house in order to make this possible. In the spirit of this, I decided to pull over and send his dad a text telling him how great I think the house and neighbourhood are and also to wish him Mazal Tov.

“This is a good change”, I thought. “My son is happy, and that’s what matters.”

And then, it hit me.

All of a sudden, the tears began to stream down my face. I was sobbing uncontrollably. All I could think was “I’m not ready for this.”

It occurred to me that, as a mom, I’ve spent 25 years with my kids being the centre of my universe. If I’ve had one main identity during that time, it’s been that of being a mom.  Of course, I always knew the time would come that my youngest son would grow up and move on but I thought it would be at least another 4 years away, when he went to university. What’s more, I never imagined that I would be facing this without a partner to help me through it. And I certainly never imagined how hard it would hit me.

As I drove (and sobbed) all the way home, so many thoughts and emotions were churning inside me. I felt so lost, so sad, so confused. On one hand, I am certain that this is really for the best… for my son and for me. I’m just still unclear of where this detour is meant to take me on my journey.

I mean, it’s kind of ironic in a couple of ways:

1) The fact that I’ve always looked forward to the times when my kids were away, when I could take my “mom hat” off for a while… and now it looks like I’ll have it off more than I would like to…

2) The fact that one of the main reasons my last relationship ended was because of the “blending families” issue when, now, 4 years earlier than expected, it seems that blending families would no longer be an issue.

Yes, irony can be cruel.

But I refuse to fall into the “if only…” trap.

I’m grateful that I never took my motherhood or my relationships for granted while I was in them. I knew then how lucky I was and I worked hard to be the best mom and partner I knew how to be. I even strived to learn and grow and evolve as much as I possibly could. Not a lot of people can say that and mean it so, in that regard, I have no regrets.

If there’s a reason for this to be unfolding the way it is, which I believe there is, it must be a damn good one. The space that is being created because my kids are growing up and moving on… even though it’s sooner than I feel ready for… is being created for a reason and I just have to trust that.

And, when I doubt myself and worry that I’ve made mistakes or won’t be relevant anymore, I can always remember these wise and loving words:

“You’re the Mom, and you’re a great one. Nothing will ever change that.”

I’m just going to have to learn how to be a whole new kind of mom now, because… 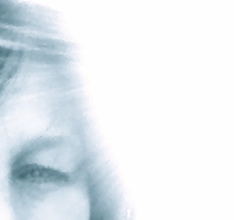