It’s after 2:00 am and, even though I am dead tired and really should get my rest these days, I am compelled to write tonight.

To begin to capture the feelings I have about this chapter in my life would be like trying to breathe in every molecule of oxygen surrounding our planet. I don’t know who reads this exactly, but it really doesn’t matter. I’m offering this to whoever and whatever is out there as a testament to this magical, excruciatingly blissful and monumental “thing” that I am smack in the middle of. I call it a “thing” because there are no words to describe it accurately. It has so many facets, all of them a brilliant reflection of the many parts of me. Who I was, who I might have been, who I am and who I can be, all mirrored back to me in layer upon layer of…ME! I can’t escape the intensity of my true self anymore and the amazing thing is that I don’t want to!

As all-consuming as it is to stay in this place day after day and week after week, watching myself evolve before my very eyes, I do it because I have never felt so alive and so ready to fulfill my destiny. I notice the pull of the people and things in my physical reality, but I know there is so much more out there for me now. The richness of this experience is astounding, because it is telling me to reach for all the things that have eluded me for so long. I now realize that it was me who placed them way up high, just close enough to give me hope, but far enough that it would take effort and innovation to finally hold them in my hands. And now, somehow it is like I have grown taller and the shelf is not so high anymore. Maybe that’s why I’m wearing high heels lately! But seriously, that is a significant thing! I have always been surrounded by people shorter than myself or not much taller, and I felt that I had to fit in and avoid the feeling that I was towering over them. Now my height is being celebrated and I’m noticing new and exciting things up here! I can look into the eyes of all the things that I want, all the things I have longed for that I now realize I deserve, after all.

Deserving….it is the name of a card I pulled at a Miracle Club Meeting a few months ago. There were pairs of different cards and each of us pulled one. We then showed our cards and were partnered with the other person who drew the same card. I drew the Deserving card and Terry was my partner.

I should say here that as soon as I entered the meeting, Terry was the fist person I saw and the only available seat was next to him. Although I had never met him before, I recognized him right away as an Angel. I knew that he represented someone who was very significant in my life who had passed away in 2003 whom I now undrstand was also an Angel. This man had chosen a very difficult path in this life, but as much pain and suffering as he put us through, I always understood that what he did was not who he was. His spirit was so gentle and loving – and the life he chose to live was meant to teach us all many great lessons of love, compassion, judgment, forgiveness, loyalty, trust and so much more. When I saw Terry, the same energy came through and it was as if I was looking into the other man’s eyes.

When we drew the cards, we were told that our assignment was to call each other once a week and share with each other what we experienced about “deserving”. Well, Terry didn’t have a phone, so I suggested that every day at 11:11 am, we just send our thoughts to one another and connect that way. We were both very happy with that solution, and so it went… I did think of Terry often after that, although I have not attended another meeting since – not intentionally – I just have never been sent any information about subsequent meetings. As time wore on I began to think of him less and less and eventually forgot about the card entirely.

One day, a few months later, Terry called me out of the blue and I recognized him immediately. He reminded me about our agreement and the Deserving card. He asked me what I had experienced about being deserving and it was then that I realized how much had changed in those few months. I had changed. I had begun to accept that I am deserving of much more than I had ever thought before. It was quite a moment, connecting with Terry and what I did not realize then was that it was the beginning of a much greater understanding.

And so, the feeling that I am deserving has been a pivotal awareness for me. I realize how I have settled for so much less than what I really wanted and needed because I didn’t feel I deserved it. When it comes to material things and people, I must feel deserving of those because I am very fortunate in that area and find it easy to allow nice things and wonderful people to be in my experience, but when it comes to things like being heard, understood, appreciated, valued and accepted just for being me, I have constructed a very elaborate set of circumstances that make it almost impossible for me to feel what thats like. It may be true that others feel they know me on that level, but its the expression of it that has never quite landed in the right place or in the right way for me to accept it. Its so hard to explain, because on the surface layers I DO get it, but deep down in that wounded place that I keep so well hidden, I have never really felt like anyone “gets” me. I know I have constructed a firewall to prevent it, but that only serves to convince me more because, deep down, I have always believed that if I was worth it, or if I met the right person, they would know how to find me. They would make the effort to come and get me.

I know now that I do deserve to find that somehow. And I deserve all the treasures of the Universe! And I plan to reach for the stars and become the greatest vision that I have for myself. I will not crouch down any longer and allow myself to believe that merely fitting in will make me belong to something. I belong to myself and that is enough. I belong to the Universe and that is everything.

Good Night and Thank You.

The Courage to Surrender 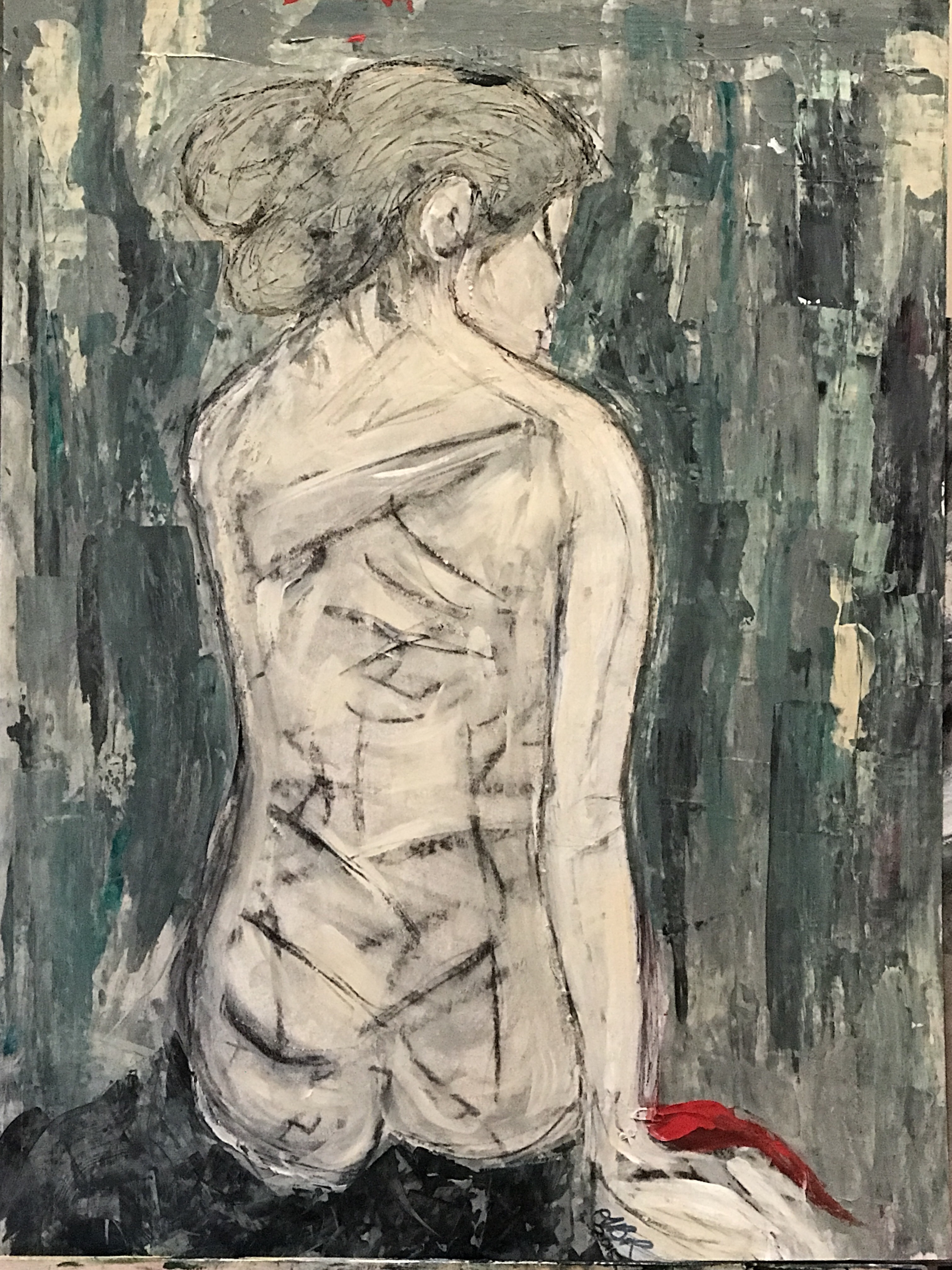